I'm coming up on a very special day - my two-year diagnosis anniversary.  It's on March 11.

It's hard to believe that it's been two years since I got that unbelievable news.  It's still hard for me to process that I was only 29.  And I was 6 1/2 months pregnant.  And it was Stage III.  And I had no idea what would lie ahead.

But it's not a time to remember all of the stunned feelings and tears and shocked expressions.  It's a time for me to rejoice.

And I'm not doing that because I made it through (though, don't mind if I do).  I'm doing it because the weight has finally been lifted - I actually just realized it went away - and I'm NOT AFRAID anymore (mostly).

I'm not scared of my cancer coming back.

I'm not wearing a death sentence on my forehead.

I'm not worried that I will miss Evan's childhood or miss rocking on the porch at my 40th wedding anniversary.

I'm not living in fear of dying.

And the reason is because...I'm finally back to being ME.

I have my hair again.  I have my eyelashes.  I have eyebrows.  I have strength and I can run - I ran six miles last week - with Evan - in a stroller - on THE SAND.  I can lift weights.  I can swim in a pool and I can go shopping and I can play Thomas the Tank Engine for hours.  I can stay focused and pay attention and read books.  All of the things that I did before cancer, I can do again.  EVERY. SINGLE. ONE.

And some things are different - for the better.  I am more aware of what I eat - I make smoothies with kale and ordered a cookbook on clean eating.  I haven't given up Jelly Beans or wine or ice cream, but I'm more conscious that I was before.

I prioritize my marriage.  Brian was always important to me, but he defined the meaning of "my rock" during my diagnosis.  He was married to me for six months before our world fell apart and he got me through.  Brian stood by my side and encouraged me and cried with me and sometimes, he kicked my ass (not literally, though I'm sure the thought crossed his mind).  He made me keep going when I wanted to give up and gave me a lot of reasons to do the hard stuff.

I don't do things that I used to feel obligated to do.  I'm working on my annoying eagerness to please others.  Reading a bad book?  Not going to finish it.  Feel like watching reality TV instead of the History Channel on Sunday night?  Done (although honestly, this never really happened).  My time is valuable and I appreciate doing the things that are important to me - not what I deem others think are important.

So - where did my confidence come from?

I did the hard stuff.  I followed ALL of the doctor's instructions.  I did the chemo.  I did the radiation.  I did the mastectomy - on both sides.  I did the Herceptin.  I'm doing the Tamoxifen.  I attached this aggressively as I possibly could and did it ALL.  I felt like I was dying, I was afraid I was going to die, I saw the look in other people's eyes that they thought I was going to die (that's weird) - and I DIDN'T. I'm alive...so I'm going to LIVE.

So my reward, is not living in fear.  And not focusing on it all of the time.  My cancer took up a presence - a big presence - for two very long years.  It overwhelmed me, it stifled me, and it paralyzed me.  It's had enough of me.  I'm moving on.  So long cancer - I win.  (But just in case you are the vengeful type, I'm just kidding - we can be equals...but I'm the boss). 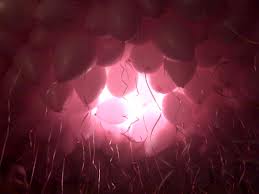